Shared previously on a Facebook page, the following is the writing prompt for the current project, The Mines of Mercury:

Year 3017. After the terraforming of Mars and Venus and the collapse of the former societies of those worlds, Mercury collapsed as well. The United Nations wars and the loss of trade partners devastated their economy, but the culture and technological advances of the distant past linger on, unlike on Venus and Mars.

Beneath the surface of Mercury run a series of interconnected tunnels deep enough to protect from the extreme rages of heat and cold between night and day, passageways that used to be mines, shafts that cut across the entire planet. The metals that built the panesl that provided Venus' artificial day and night, built the colony on Earth's moon, contributed to the settlement of Mars, that supplied spaceships for the exploration of the entire Solar System--these mostly came from the mines of Mercury.

The mines are a ghost of what they used to be. Only a relative handful of the robotic workers still function, the massive excavators fallen into decay from centuries of disuse. Among the few remaining mines, robots work some shafts, while in others, humans provide all the labor, in places with pick and shovel. Multiple republics cut across sections of the planet, only recently united with one another in a weak confederation. Cultures are diverse. No one language or time period is represented. The majority believe in God but without any specific devotion. Strong faith of any kind and organized religion are rare, but held on to fiercely by the small minority who believe.

Robotic workers predominate in some areas, especially in the hotter tunnels around the equator, while others are dominated by mining corporations and labor unions, while still others are littered with small stakes, pirates, and claim jumpers. Especially remote are the cold tunnels around Mercury's North Pole. The United Republics of Mercury are trying to rebuild the basis of their economies and repair the shipyards, to reclaim their heritage. They need the mines.

But in the depths of the mineshafts emerge strange beastes, genetically engineered monsters that linger in the darkness, "gifts" of the genetic masters of Planet Earth, though few on Mercury will discover this. For the Earthlings, "Earth is our mother" and living anywhere else is a violation of the natural order. They hope to force the mines of Mercury to close and the inhabitants of the planet to return home to "mother."

"Mother Earth" is a child abuser, her astounding monstrosities devouring both man and machine...

Where?: Event on facebook: "Release Party for Beatitudes & Woes"

Beatitudes and Woes is the new anthology coming out from this weekend.

Join us Saturday evening's Release Party for fun and frivolity and even some potential to win FREE STUFF!

Parties need snacks. What kind of snacks will you be enjoying?

Submissions are still open for The Mines of Mercury!

July has brought a lot of new addtions to our books so far: A Shattered World, What Aliens Teach us About God, Writing Speculative Fiction: Adult Self-Paced Edition, and Tales of the Phoenix!

Yet to come in the near future (God willing): Mythic Orbits 3, Spanish and French versions of What Aliens Teach us About God, and Worlds of Weinbaum (based on classic science fiction short stories by Stanely L. Weinbaum).

Bear Publications is also sponsorting a LitRPG novel. And more!

Bear Publications has managed to get one of Kerry Nietz's flash fiction stories (previously published by Havok!) translated into Arabic and printed in an Iraqi literary magazine! (WHOO!!)

Here's the a link to the  Nehreem  magazine. Scroll down to page 38 and you'll see Kerry's name in our alphabet, followed by the story in Arabic!

The Bear Publications was present at the Realm Maker's conference in Saint Louis!

If you are a Christian author writing speculative fiction, find your people at Realm Makers!

Starting with Lelia Rose Foreman's Writing Speculative Fiction, we are now publishing non-fiction and will soon be publishing novels!

Thanks to Mike Rogers for the reflected image on the astronaut's visor.

This cover also changed out the logo for Bear Publications and added the editor's name to the spine...in order to meet certain design specifications by Barnes and Noble.

Thanks to Kendra LaLonde for the photo arrangement within the V on the front cover.

Victorian Venus stories often comment on the long 14-day night on Venus, a.k.a. "the dark fortnight."

This cover reflects that story reality by using a dayside/nightside design...

Bear is on the Air!

In the life of a writer, sometimes lots of things happen all at once, and sometimes, nothing happens at all. Here you can listen to some of the interviews concerning Bear Publication and our Authors!

PJC Media is a network focused on real Christian talk about issues that affect every day of our lives...

(Dragon Award Nominee, Best Horror, Honor at Stake), brings you a host of authors from the Mythic Orbits 2016 anthology, the best spec fiction from Christian authors..

Travis Perry writes about story ideas, the universe, and everything at his unique blog: 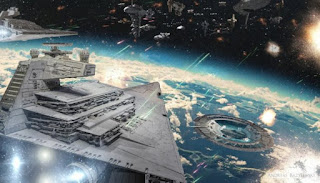 From the Art Files

Cool images that were part of the process to build covers or other key artwork that you won't see elsewhere. Enjoy!

Check out the latest information about Bear Publications projects and promotions (including radio interviews) by clicking this link to our News page!

The best way to reach Bear Publications is the old-fashioned, 20th Century way.

Find out about upcoming book releases and events on the Bear Publications SM pages:

Get the BEST PRICE of BEAR PUBLICATIONS eBooks with Selz